Understanding Media Intensive: Part Two is a 12-part look at media theorist Marshall McLuhan's major 1964 work "Understanding Media: The Extensions of Man," taught by Andrew McLuhan, Director of The McLuhan Institute. In an age where our media environment conditions and structures our reality in increasingly potent ways, Understanding Media provides important foundational knowledge on how our cultural traumas and tropes are embodied in technologies. This course will provide lecture and discussion on Part Two of the book, which puts forth a set of tools for exploring human technologies and innovations as a means to regain agency in the midst of our increasingly disorienting online lives.

Lectures will include explorations and explanations of never-before-seen author annotations, historical documents, and personal accounts. A scrapbook of materials around the publication of the book in 1964 compiled by Marshall's wife Corinne McLuhan, containing reviews and interviews, will add further context to how the book was received and provide insight into the material under discussion.

Experience Level: Beginner to Advanced. Effort will be made to accommodate all levels of familiarity and understanding with Marshall McLuhan's work.

Requirements:
• Computer/device to watch or listen to lectures and participate in Q&A.
• Participants are asked to use a physical copy of the 2003 Gingko Press "Critical Edition" of "Understanding Media," as it includes both of Marshall McLuhan's introductions, and for easy reference to page numbers, as well as to receive full benefit from deep immersion in printed text.

Buy Understanding Media from our Store to Support Gray Area 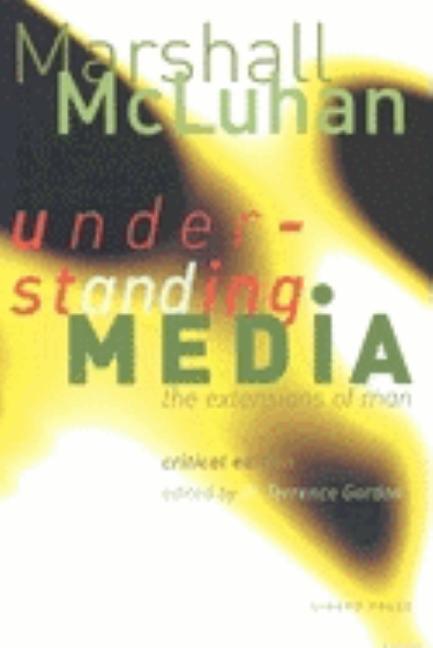 As with UMI Part I, Andrew McLuhan will not be reading too far ahead of the class. He will be chasing down elusive literary allusions, drawing on the library of Eric McLuhan help show where references came from and add colour to the commentary, and from his storehouse of experiences and anecdotes gathered growing up McLuhan.

As with the first part, new students are encouraged to pick up a physical copy of the book. The 2003 Gingko Press Critical Edition is preferred as it contains both introductions and some bonus material.

Improvements in internet infrastructure have made it possible to deliver the class from Eric McLuhan’s library, affectionately known as ‘The Scriptorium,’ and now the headquarters of The McLuhan Institute. This will add some warmth to the instructor’s side of the screen, and enrich the student experience as well.

Gray Area will also provide a dedicated online classroom for the duration of the course. This will make it possible for the room to be used by students outside of class time for meetups to discuss class, UMI, or just to socialize.

Because of the vast amount of material covered in UMI, and the already long classes, UMI II will deal solely with material from chapters 8-20—at least during class time.

A note from Andrew McLuhan:
A group assembled for UMI (Part One) which quickly turned into a wonderful community: curious, engaged, caring. It was truly an honour to lead that class and I hope everyone will be able to return for Part Two – and that the community can grow. Please note that every effort is made on the part of the instructor and facilitator, and is expected of all participants, to be kind and courteous and sensitive to every individual in the class. Please keep this in mind as we enjoy this journey together.

Andrew McLuhan is a grandson of Marshall McLuhan, noted Canadian professor from the University of Toronto who was a pioneer in the field of Media/Communications studies. Andrew's father, Eric McLuhan, was Marshall's eldest son, who worked with Marshall from the mid-1960s until Marshall died in 1980. From 1980 until his death in 2018, Eric McLuhan continued the work he began with his father, completing important works such as 'Laws of Media: The New Science' (1980) 'Media and Formal Cause (2011) 'Theories of Communication' (2011) among other solo works. In 2009 Andrew began work documenting and inventorying Marshall McLuhan's annotated library (now at the Fisher Rare Book Library at the University of Toronto, and named to UNESCO's 'Memory of the World Register' of globally-significant cultural artifacts) which was his first major McLuhan project, and one he speaks on regularly. For about a decade, Andrew acted as Eric McLuhan's part-time assistant, student, and travel companion, accompanying him on speaking tours near and far, getting deeper and deeper into the unique McLuhan tradition of exploring culture and technology. Andrew is director of The McLuhan Institute, created in 2017 to continue the work begun by Marshall McLuhan and Eric McLuhan in exploring and understanding culture and technology. Andrew is an author (‘written matter,’ Seattle: Revelore Press 2021) and regularly gives interviews, lectures, and leads classes on McLuhan work in universities and institutions online and around the world. In 2020-2021 Andrew led the first full-length Understanding Media Intensive with an incredible class of 31 students via Gray Area. Although it was never planned to be taught again, students who joined for later parts, and people whose schedules prevented them joining the first time, requested a second chance.

To help creators of all backgrounds reach their goals, we are proud to offer a diversity scholarship to sustain and advance an inclusive community at Gray Area and beyond. This full scholarship is for artists, students, and scholars from diverse backgrounds that are underrepresented in higher education and the fields of art, design, and technology. To apply, enroll in this Scholarship Application form below.