According to Pitchfork, Laurel Halo's most recent album "Dust" is "a thrilling attempt to escape all the usual points of classification, to collapse the primacy of the human voice, and to obscure and reveal at unexpected moments." The performance includes album contributor and percussionist Eli Keszler. Heavy, mutilated strains of electronic music with influence from the sounds of Detroit, UK and Germany - Laurel Halo's music is shapeshifting, moody and ecstatic. The Michigan-born and Berlin-based artist has been a mainstay of the London-based label Hyperdub, who released her breakout, divisive debut album Quarantine in 2012. The record received critical acclaim, and was named Wire Magazine&#39;s Album of the Year. Since then she's released two more albums - 2013's Chance of Rain for Hyperdub, 2015's In Situ for Honest Jon's - and toured extensively with a live hardware PA. In addition, Laurel hosts a regular show on Berlin Community Radio, having originally cut her teeth as a freeform DJ on the legendary WCBN-FM station in Ann Arbor, Michigan. She has collaborated with John Cale, Julia Holter, David Borden, Daniel Wohl, and Metahaven among others. Halo has also composed the soundtrack for Still Be Here, a Transmediale/CTM film commission starring the Japanese virtual popstar, Hatsune Miku, which debuted at Berlin’s Haus der Kulturen der Welt, and was most recently shown at the Barbican Hall in London. Her latest album, Dust, was released on Hyperdub in June 2017. Taraval is a San Francisco based producer of underground house and techno music. His debut EPs quietly appeared on Four Tet’s iconic TEXT records and were shortly being rinsed out in Panorama Bar, cutting edge US underground parties, BBC1 Radio 1, and festival main stages the world over. Taraval tracks are a colorful, mutated and personal take on dance music that is none the less precisely constructed for maximum dance floor intensity, evidenced by support from mainroom house DJs to aficionados of the experimental operating in strobe lit backrooms. His journey to solo music making has been long gestating in between stints as secret-weapon sideman for a beloved Canadian electronic act but looks set to accelerate as he accepts invitations to play at beloved US underground club nights as well as iconic techno institutions from London to Berlin. His current ‘EP II’ 12’’ is available on TEXT in all good shops and digitally at taraval.bandcamp.com. Catch him in a club near you soon. Percussionist, DJ, sonic collage artist, and producer E.M. Malinowski has been playing and combining music for nearly twenty years. Serving formerly as a keyboardist and drummer for several projects and post-folk outfits ranging from Canadian act Man meets Bear to Danish artist Crystal Shipsss, it is safe to say that Experimental Housewife is a multifarious, engaged musician. When looking at her long DJ career, which began awkwardly young when she was 12-years-old, there is little room for counterargument in stating that ExHouse is a seasoned and well-informed selector. Her sound is loud, developmental, genre defiant, and tightly sewn. Her sets – whether hybrid, live, or DJ – are replete with rhythmic force smothered in nostalgic drone that seamlessly traverse expectations as well as eras; it is a complex canopy that spans and includes a variety of listeners. No matter who they are, they are left with an amount of satisfying shock. ExHouse originally hails from Montana, USA. She lived in Berlin, Germany for several years circa 2010, and is a resident of San Francisco, U.S.A. 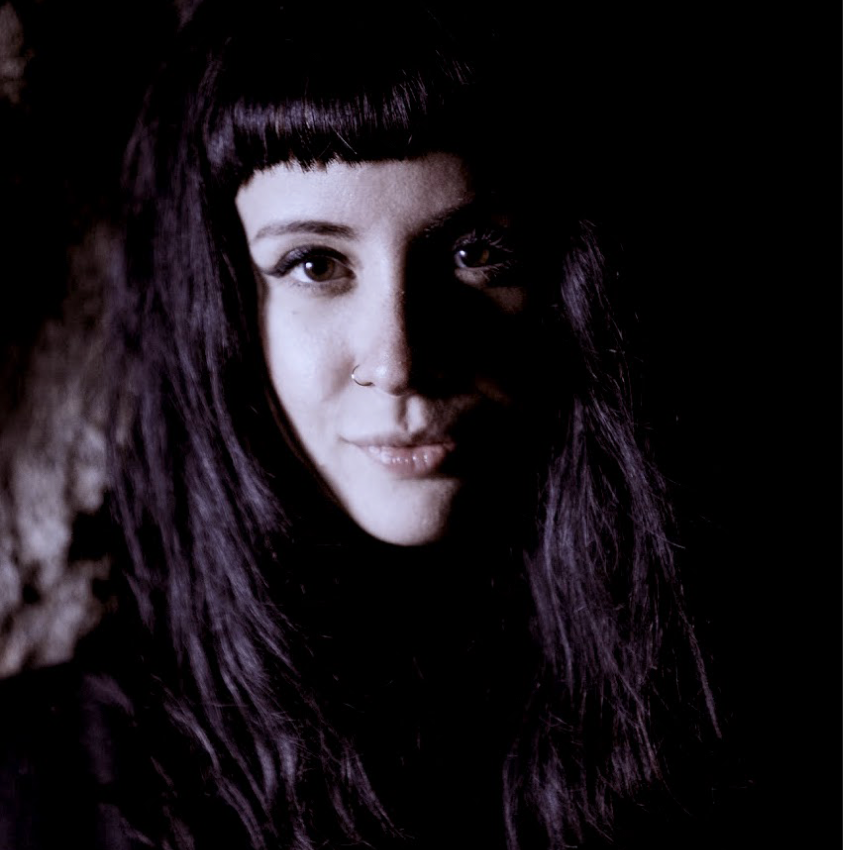 Chelley Sherman is a virtual artist from San Francisco. Her work is governed by patterns and texture which harness the neural systems that underlie enthrallment in darkness, ritual, reverie. Her practice consists of experiments in extended realities, virtual and augmented, as well as interactive sound installations and AV performances. Using computational methods and researching cognitive processes of perception, she explores the relationship between light and sound and resulting psychoacoustic effects in spatial sonic architectures and landscapes.