Please join us for the rough-cut premiere of Transgenesis, a short art + music + dance film made in collaboration with QTPOC artists that collectively re-imagines our relationship to the Bay Area, and what we consider family, our bodies, and the environment.

The visual narrative of Transgenesis aims to present a metaphor for the digestion of marginalized people through a toxic societal system, following a transformational arc of healing and rising up from both environmental and systemic racism to find collective empowerment and transcendence.

The screening will be followed by an artist roundtable with Tiare Ribeaux, Jody Stillwater, Saturn Rising, Sebastian Galasso, and Sissy Slays regarding their experience creating the film. The floor will then be opened up for a Q&A session with the audience.

Additional notes on the project: Filmed at Heron's Head Park adjacent to Hunters Point Shipyard, the film focuses on transmutation from both oppressive societal systems as well as the toxicity that is near Hunter's Point Shipyard (a superfund site, and the former coal burning plant that was near Heron's Head Park). It is also shot in Oakland and Fremont in both post-organic and post-industrial settings. Throughout the process of this film, our overlying philosophy has been to create an intentional space to reconnect through art for healing, and at the core of it: “We did it for the Ki!”

Transgenesis is produced by ZERO1, co-presented by Gray Area, and made possible by the Rainin Foundation’s New and Experimental Works Grant. Special thanks to The EcoCenter at Heron's Head Park and the Bayview Hunters Point community members who supported the research and development of this work. Tiare Ribeaux is a Hawaiian-American interdisciplinary artist and filmmaker based in the Bay Area. She is the Founder and Artistic Director of B4BEL4B gallery, and co-founder of REFRESH. As an artist, her work explores the interfacing of technology with our human bodies and the environment, and employs storytelling to make visible social and ecological imbalances while imagining more regenerative futures. She is interested in re-centering indigenous technology, and stories that include indigenous futures and the modern indigenous experience. Her recent work at the intersection of art + biology aims to redefine and subvert the binaries of the natural versus the unnatural, and technology versus nature. She has shown work both nationally and internationally, including ISEA Gwangju and ISEA Hong Kong, IZOLYATSIA in Ukraine, Universidad Complutense de Madrid, the Copenhagen Fashion Film Festival, and the Imagine Science Film Festival in NYC. She was awarded a web residency with Akademie Schloss Solitude + ZKM in 2019 and selected for the American Arts Incubator in 2017-18 with the ZERO1 Art + Technology Network. She curated the Soundwave Biennial in San Francisco in 2016 and the CODAME Festival in 2015. She has won numerous grants and awards for her artistic leadership including two New and Experimental Works Grants from the Kenneth Rainin Foundation, the Building Demand for the Arts Grant from the Doris Duke Foundation, and grants from the National Endowment for the Arts, San Francisco Grants for the Arts, the Citizen Diplomacy Action Fund, the Zellerbach Family Foundation, San Francisco Arts Commission, and the Center for Cultural Innovation, among others. Saturn, champion of non-binary self-expression, vibrant dancer, and style icon, is a San Francisco-bred, Los Angeles-based boundary-pushing performing artist. Saturn has toured Australia, South Korea, Mexico and Canada, took the mainstage at LA Pride 2018, and headlined Seattle Pride 2019. Having opened for Kelsey Lu, Azealia Banks & Charli XCX, Saturn has also starred in videos for Kaytranada & TR/ST, as well as newer artists Matisse Evreoux and Jaake Castro. Formerly a club King, Saturn notes, "the biggest thing I’ve done as a party host was host RHONDA in the Bahamas as a part of the Holy Ship Festival. But I’ve literally gone from club dancer to backup dancer to party host to headliner! It's been most pleasing to my career.” As someone who always gives back to the community with time and effort, Saturn has been advocating during the recent BLM uprisings both in protest and online. “We can see things in such a small way, being mindful of the incremental wins we achieve on the road to our greater liberation, yet the big picture is that unity is the only way out. Unity can be practiced independently as long as we're going towards the same goal: once Trans lives are free, we're all free." After various premieres at Afropunk, Papermag, Billboard, etc., and features in publications Cakeboy, We Are Drome, Subvrt, and Vogue Beauty; performing multi-media art pieces for Codame Art+Tech; and an artist residency with Human Resources LA, Saturn has delved deeper into tech as a means of expression. They are currently developing a podcast, a video blog, and a new web presence that creates a venue for their content and image, a focal point for upcoming projects in music and film, and an opportunity for fans to engage with the artist and secure exclusive merchandise. The song "Love Takeover" has over 100k streams on Spotify. Saturn chooses to focus on creating revenue for their content, which means selling their music through Bandcamp, as well as focusing on their most profitable venture so far: performing. Saturn has used this year to expand their performance online and explore opportunities in digital media. Sebastian Galasso is an actor, film producer, & creative director born in Detroit and currently based in the San Francisco Bay Area. His work ranges from feature film, music video, installation film, and recorded music. He has contributed to the visual layout of galleries, retail establishments, as well as book and album releases. His cultural background is of mixed race, Black-American, Italian, and Indigenous American. He is interested in crafting a cinematic world that makes use of his own poetic and sometimes visceral experiences in environments such as Detroit, Los Angeles, New York, Berlin, and the Bay Area. Sissy Slays, aka the Indigecunt, is a west coast voguer, entertainer, organizer, and host. As an outspoken leader in the QTPOC community, they create spaces, programming and performances with deep themes of decolonization, self-empowerment, and interdependence. Lenape Creative Group is a film and arts production and distribution company that was formed in 2017 and based in the San Francisco Bay Area. Their mission is to create a new cinema that allows for all people to be represented in an honest way, providing not only a space for underrepresented groups to see their stories made, but to see their stories thrive. Their projects explore heritage, diaspora, modernism, mixed culture and ethnicity, and a focus on Black, Indigenous and environmental themes. 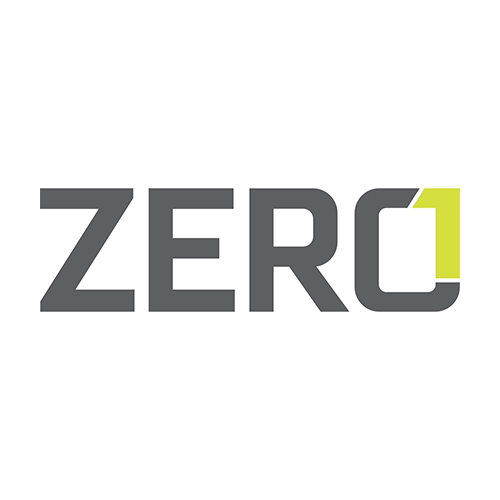 ZERO1 is a nonprofit arts organization that aims to address complex social challenges by producing community-driven new media and digital art projects. We believe that artistic experimentation with emergent technologies inspires novel creative strategies and broadens our critical understanding of the world. Through a global network of partners, we bridge governmental, academic, corporate, and cultural worlds to build engaged and vibrant communities that drive social action.